SYNOPSIS
Matthias, is a man in his 40’s, he came back home at the moment when his parents past away. He went back that place where he was
born and considers home. Matthias is a piano player, he plays in the church of his neighbourhood since 15 years and on the side he has
a part time job in a super market. He has a strong tendency to collect stuff which is an issue he is working together with his therapist.
A letter from the owner of the apartment where his parents used to live and now he lives, tells him that has to leave the place in the
coming months. There are not much options, is legal what they are doing and now he has to look for a place where home will be.
The adventure of looking for a new place is turning him into an ocean of emotions, which in therapy is now the main topic. He has not
much money to catch up with the city where he lives and he has no option than to dive into the problem since sooner or later this will
happen anyway.
Selling stuff of his in an option to make some extra money and the situation gets into the point of selling his piano. Right after, the lawyers
of the owner of the apartment make a offer so Matthias leaves the place as soon as possible.
He decides to go somewhere else, where the currency he has now, can buy a place for him self, a new culture is awaiting for him, a new
home, a new piano and a new way to communicate which one of the best tools he has for it is his piano. 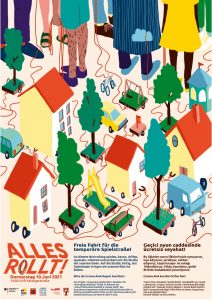